Traveling is always an exciting experience. It enriches your soul and your mind, and at the same time, it allows you to disconnect from work, routine and the stresses of the modern daily life.

According to the Top 100 City Destinations by WTM London (2017), Barcelona is the fifth most demanded city by international tourism, after London, Paris, Berlin and Rome. Its wide cultural, gastronomic and social offer, combined with the fact that the city has both beach and mountains, makes this city the perfect destination to visit for short or long periods.

In Barcelona there is always something to do. Due to its large area (101.9 km²) it is almost impossible to visit all its corners in a few days’ journey. For this reason, if you decide to travel to Barcelona for a short period, it is important that you make the most of your time and have a route that allows you to get to know the most interesting places.

This part can be tricky, especially if it is the first time you come here. That’s the reason we have prepared the perfect 2-day route across the Catalan capital, 2 days sightseeing tour in Barcelona with all places you cannot miss in your visit to the city. Enjoy your trip!

Inspiring and relaxing. This is the effect of walking along the beach of Barceloneta in the early hours of the morning. In addition to the wonderful views, there are many factors that make it a special place to visit: its high-level gastronomic offer with fresh and local products, as well as the distinctive architecture of the area, with landmarks such as W Hotel or Frank Gehry´s popular Golden Fish. Not to mention that it is the ideal place to practice outdoor sports or soft exercise routines such as yoga or taichi with absolute tranquility.

For its beauty, spaciousness and exuberance, the Parc de la Ciutadella, built at the end of the 19th century, is considered one of the best public parks in Barcelona. It’s also considered a paradise for botany lovers, because it is full of plants, ancient trees and a great diversity of elements: its famous monumental waterfall, in addition to its many sculptures. It’s a great area to enjoy with family or friends making a picnic on the lawn or enjoying a good reading all by yourself. In addition, it has a lake to take a ride on rowing boats and it is not too expensive.

Born is surely the most sophisticated and charming neighborhood in the city. Its streets are an open-air museum that leads you to the ancient medieval structures of the Gothic neighborhood. This alone makes it interesting to visit. In addition, its gastronomic offer is based on “Spanish tapas” and very well-prepared Catalan dishes. Our recommendation is that you try the food from the local Tapeo del Born, located at 29 Montcada Street, and whose menu is classic and creative at the same time.

Where is it? Carrer Comerç, 36

Located in the Sant Agustí old convent, this museum was promoted by the Barcelona Guild of Pastry and it displays the history of chocolate from its origins in America to its arrival to Europe. The Chocolate Museum also reviews his role in the Catalan pastry tradition, closely linked to chocolate, as reflected in the Catalan tradition of the “Monas de Pascua” (holiday chocolate cakes). In addition to having an exhibition part, the museum also holds workshops for all ages with the best pastry chefs in Catalonia.

The Basilica of Santa Maria del Mar is a magical place in Barcelona, especially when it gets dark. Its glass windows and sculptures are authentic works of art that are worth stopping to admire and is one of the main examples of the Gothic architecture of the City. A fun fact is that in the roman ages, there was a theatre where now stands the cathedral. The best part? That you do not have to pay entrance to enjoy its beauty.

After that, you can have dinner in one of the restaurants in the area and enjoy Catalan and Spanish cuisine.

Colmado is the name of the old food stores that used to sell traditional food on the neighborhoods. Nowadays they are being substituted by supermarkets and corner shops, but there are still some survivors. Murria is one of them, the most emblematic colmado in Barcelona, since it was founded in 1898. You can have coffee, breakfast and purchase traditional Catalan snacks and foods such as cold meats, cheeses and gourmet items. Even if you don’t buy anything, you can still enjoy its modernist architectonic style.

The Egyptian Museum of Barcelona is one of the most outstanding Egyptian museums. It has a permanent collection of approximately 1000 pieces, with which you can relive the history of the Ancient Egyptian. There are also temporary exhibitions, dramatized night visits, a library, children’s and youth workshops, and other activities for all ages. The Egyptian Museum has a surface more extensive than 2000 meters, so if you want to get lost for a while in another era, this is an exquisite place to visit.

Passeig de Gràcia is one of the most visited commercial avenues in Europe. With a length of 1.3 km, it has the coolest and most luxurious shops in the city. Some could say that it is the Catalan 5th Avenue, with jewelers and fashion firms and well-known luxury brands like Louis Vuitton, Loewe, Armani, Cartier, Gucci or Yves Saint Laurent. People don’t come here only to shop, but to contemplate the numerous works of modernist architects like Antoni Gaudí. For example, Casa Batlló, located at number 43 or La Pedrera, located at Carrer Provença.

18:00 The Gràcia neighborhood is always there

The old town of Vila de Gracia stands today as one of the most bohemian and hipster districts in Barcelona. Gracia retains the old charm of a small-but-proud village combined with the Mediterranean style and cosmopolitan attitude of the city of Barcelona. On their streets you can find artisanal bakeries, ethnic restaurants and vintage clothing stores, some people riding their bikes, others gathering on the bars and families enjoying the public parks and wide squares.

If you get hungry, Gràcia neighborhood is full of options, there are many restaurants around.

And it’s the perfect way to end another unforgettable day in Barcelona. 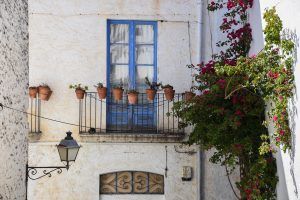 The most beautiful towns near Barcelona 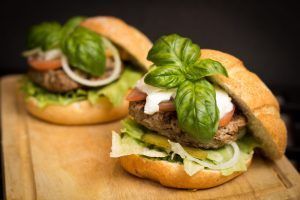 The top places in Barcelona for your burger addiction 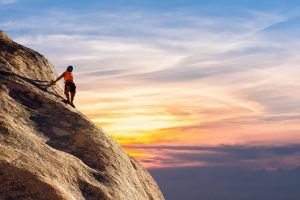