All about the Pedralbes Monastery in Barcelona and the Museum

The Museum Monastery of Pedralbes in Barcelona is open to the public since 1983 and the building that houses it is one of the most representative of Catalan Gothic architecture. Inside it is possible to discover liturgical objects, works of art and furniture from the community of the Poor Clares that lived in this place.

But not only this. Its walls hide a lot of treasures and stories of Barcelona.

Today we go to this emblematic space of the city to know how life went on in the Pedralbes Monastery in Barcelona and to show a little better what you can see when you get into it.

History of the Pedralbes Monastery in Barcelona

The Royal Monastery of Santa Maria de Pedralbes was founded in 1327 by the hand of Queen Elisenda de Montcada, who had the collaboration of her husband King James II, and whose goal was to help the order of the nuns of the Poor Clares community.

The story also tells that Queen Elisenda wanted to free herself from her sins and those of her family by founding this monastery.

The Pedralbes Monastery in Barcelona was built on three levels to take advantage of the slope of the mountain. In the highest part, you will find the bedrooms. The church is located in the middle and the orchards are located in the lower part.

The kings took care of the nuns and provided them with all kinds of comforts. When Queen Elisenda was widowed, she moved to live with the women of her family in a palace she ordered to be built right next to the monastery, a construction that was demolished when the queen died.

The monastery has gone through several stages of reforms. Already in its most recent history, in 1975, a new convent was built in the old garden so that the old facilities could be reconverted in the Pedralbes Museum.

Although the Poor Clares left these main quarters in 1983, a small community of eleven nuns still lives in this building annexed to the monastery.

The architectural ensemble of Pedralbes is formed by the monastery and the church, where it is possible to contemplate stained glass windows of the XIV century, a Gothic altarpiece, three choirs and graves of noble families, among them, the tomb of Queen Elisenda.

Inside the monastery and around the cloister of three floors you will see the cells in which the nuns carried out their personal recollection. Here you will find the chapel of San Miguel, where you can enjoy some murals that the abbess Sister Francesca ça Portella commissioned to paint at Ferrer Bassa in 1343.

These paintings are considered necessary works of Catalan pictorial Gothic and one of the most beautiful points of the journey in this place. They were discovered in the 19th century and were recently restored.

On your visit, it is also possible to see the abbey, the chapter house, the kitchen, the bedroom, the infirmary, the procures and the refectory. In addition to the sepulcher of the queen, we have already mentioned.

The exhibitions of the Pedralbes Museum

The one that was the dormitory of the nuns hosts the exhibition “The Monastery of Pedralbes. The treasures of the monastery “, where you can enjoy works of art and objects that belonged to this community of Poor Clares.

You will see the monastery furniture, a collection of paintings, another of goldsmithing, ceramics, sculptures, manuscripts, and objects that the nuns had with them and that help us to understand better how their day to day was in this place.

The museum houses other permanent exhibitions such as “Plants, remedies and apothecaries” in the cloister, and “Petras Albas. The monastery of Pedralbes and the Montcada (1326-1673)” which shows the life of the Poor Clares and the history of the building, where is located in the old infirmary.

In addition to the areas of the convent and permanent exhibitions, you will also find other temporary exhibitions that are organized in this unique space of Barcelona.

This historical group is a National Historic-Artistic Monument since 1931. For its part, the cloister is considered the largest Gothic cloister in the world. In it, there is a beautiful medieval garden with medicinal plants.

When can you visit the Pedralbes Monastery Museum?

The Museum of the Pedralbes Monastery in Barcelona (Baixada del Monestir, 9) is open:

From April to September:

Between October and Mach:

Featured image: Cloister of the Monastery at sunset 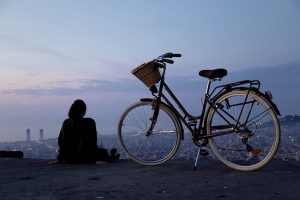 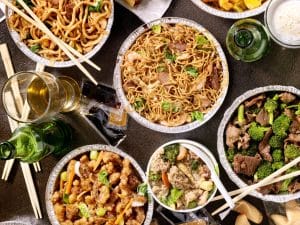 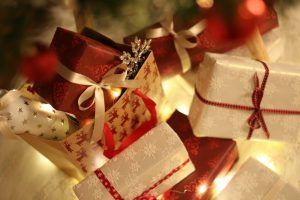 6 ideas for the best Christmas gifts from Barcelona