How to get to Barcelona from the Airport – 2022 Guide

Barcelona is one of the most important cities in Spain and its airport is one of the largest and busiest. That’s why we decided to make this article on how to get from the airport to the center of Barcelona, for travellers with different budgets and styles of arrival.

Which is better: metro, bus or train? Did you know that leaving your car parked very close to the airport for a few days can cost you the same price as a simple taxi ride? Well, all that and some more details is what you can find in this article on how to get from Barcelona airport to the heart of the city. 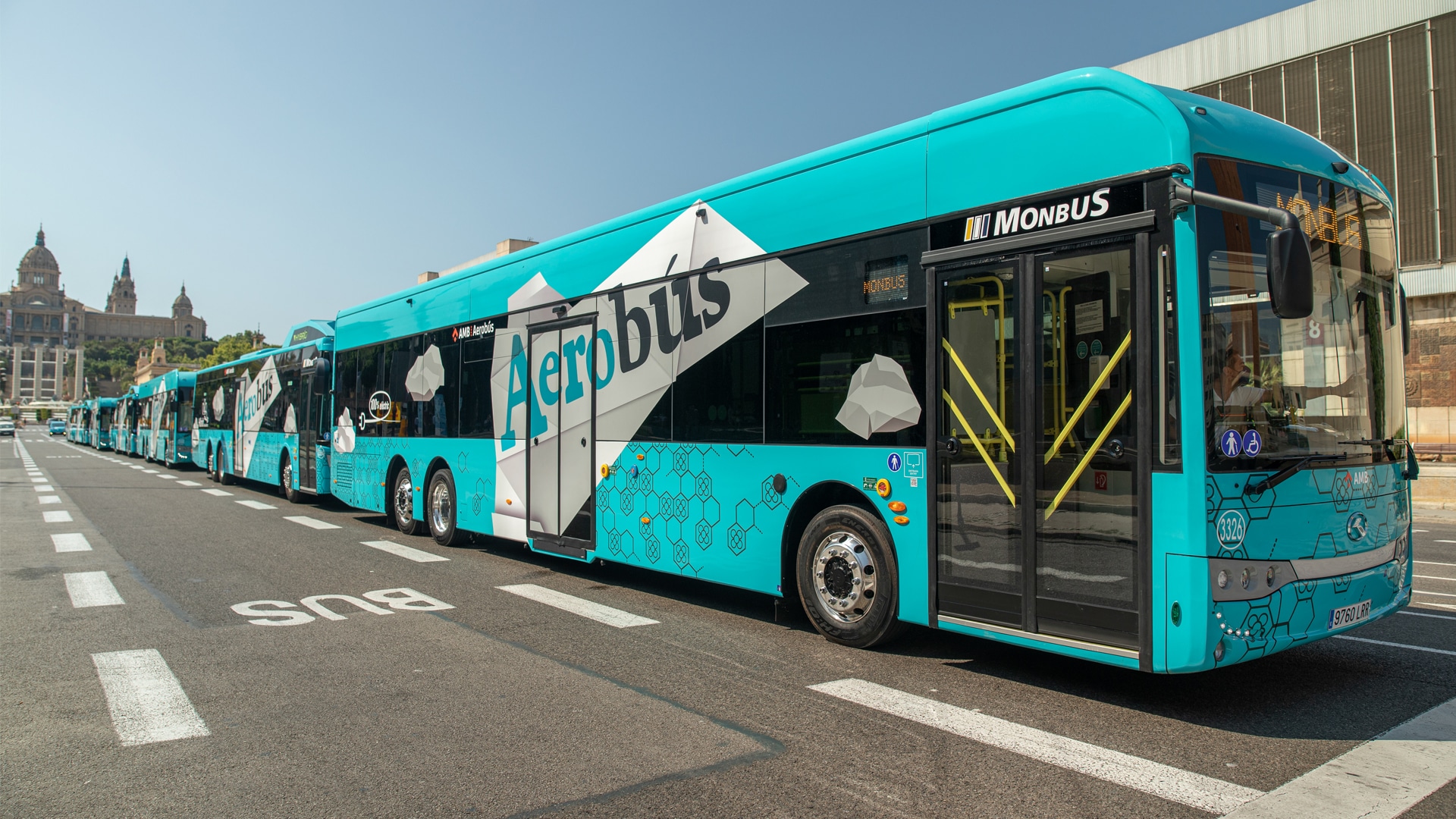 The Aerobús bus is the most comfortable way to get from Barcelona airport to the city center by public transport. This bus, which runs from 5:30 a.m. to 1 a.m., departs from both terminals every 5 or 10 minutes and completes the trip in just over half an hour, depending on traffic. The ticket price is 5.90 euros one way or 10.20 euros for the round trip. So it’s an affordable option.

In addition to Plaza Catalunya, on the way the Aerobus stops at other interesting places such as Plaza España, Plaza Universitat and at the intersection of Gran Via and Calle Urgell. Once in Plaza Catalunya (lines 1, 3, 6, 7) or Plaza España (lines 1 and 3), you’ll have a good metro connection to get to your hotel if you need it. You can book your tickets online in advance, buy them from self-service machines or directly from the driver. 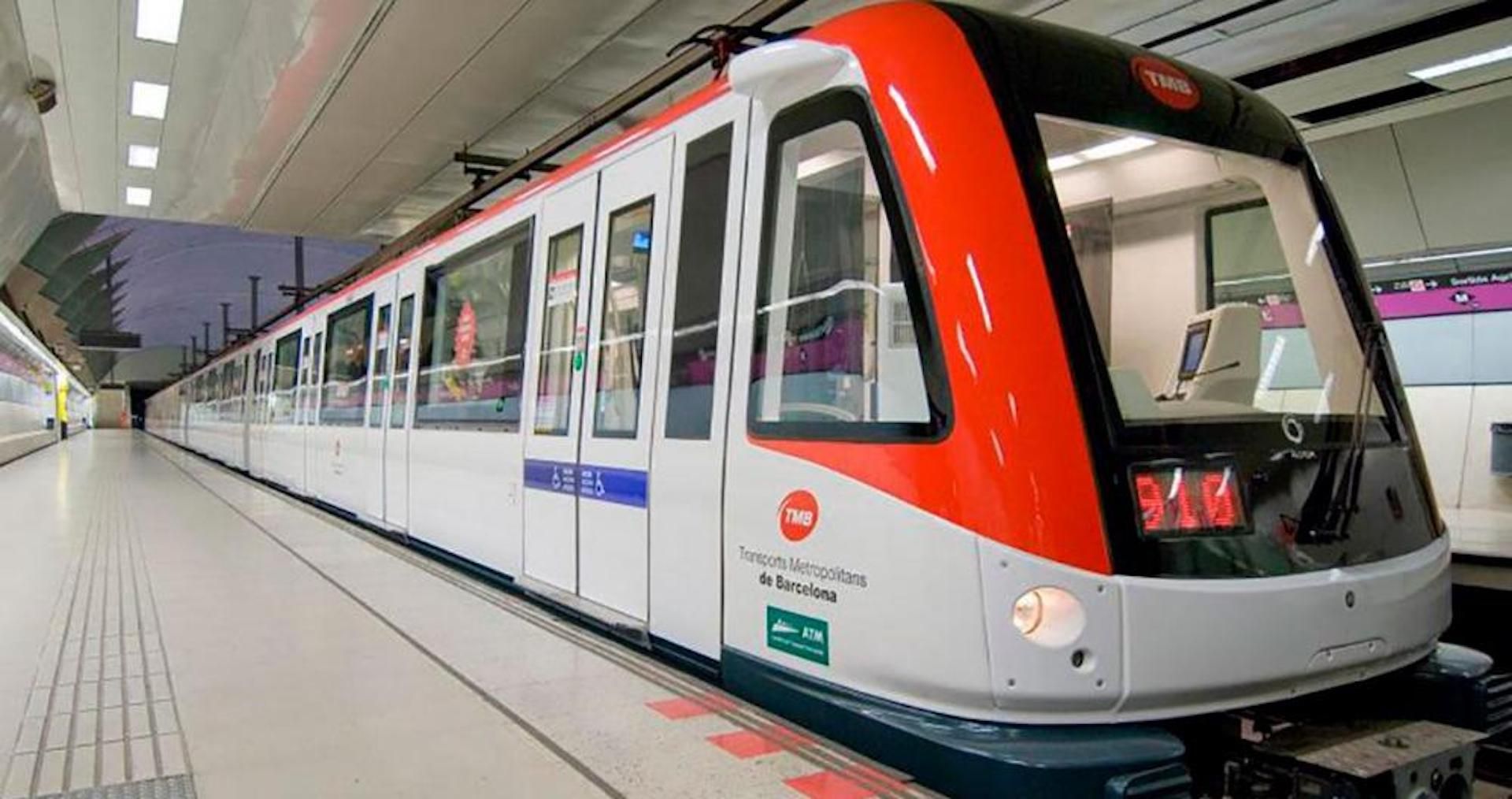 The relatively new L9 south metro line can be taken from El Prat airport terminals T1 and T2 and is connected to 4 urban metro lines: at the Torrassa station with the L1 line, at the Collblanc station with the L5, at the Zona Universitaria with the L3 and at the Can Station Essais/Gornal with the L10. The L9 south has two stations in the Fira de Barcelona / Gran Vía area and at the Europa Fira station you can change with the FGC, which will take you to Plaza Espanya. 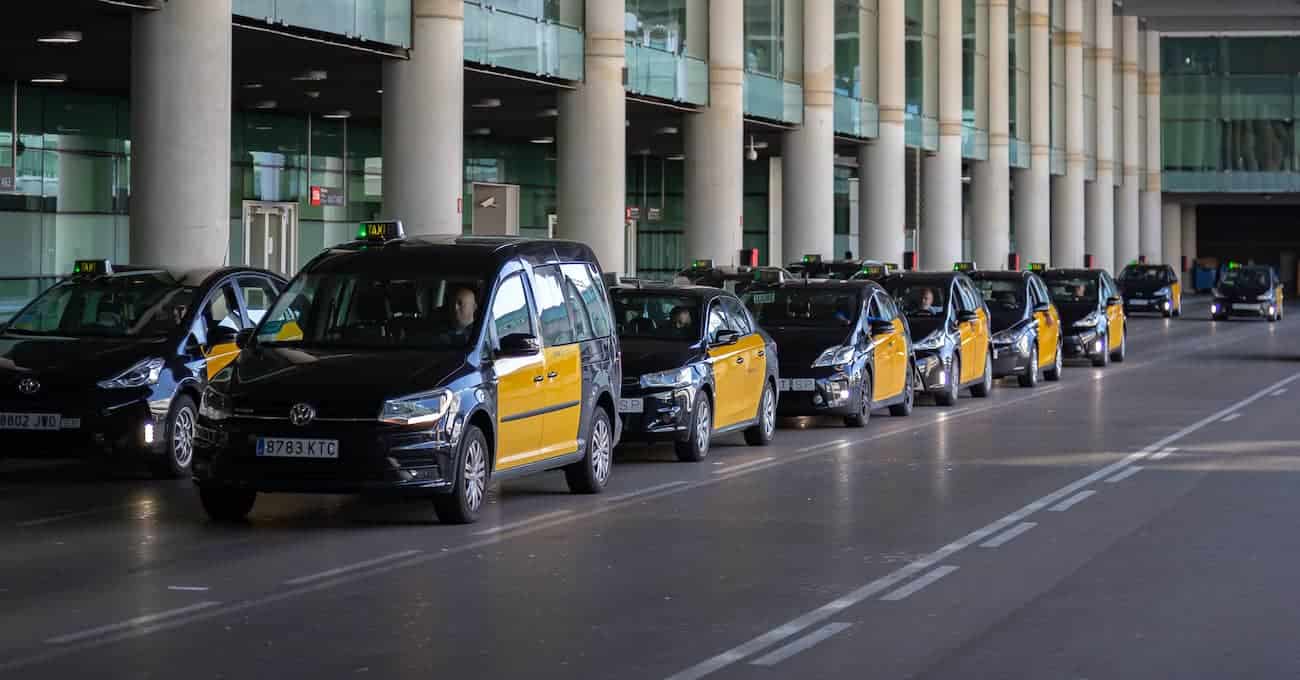 Taking a taxi to central Barcelona from the airport is the easiest and fastest solution. It’s not overly expensive as long as there are at least two people or they are with their families. In any case, it is one of the most pleasant and convenient means of transport to go from door to door. The stopping point is very well indicated at the exit of the two terminals T1 and T2. Taxis are plentiful and the queue is very well organized.

A journey from Barcelona airport to the center (Pl. Catalunya) will normally cost between 30 and 35 euros. If there is not much traffic, it takes 20-30 minutes. Keep in mind that the driver may apply supplements to what the taximeter indicates, including for luggage, for overnight stays and for travel to or from the airport. You will see the fares and surcharges on a board inside the taxi.

Note there’s almost no chance of getting ripped off – the taxi system is very professional and above board. 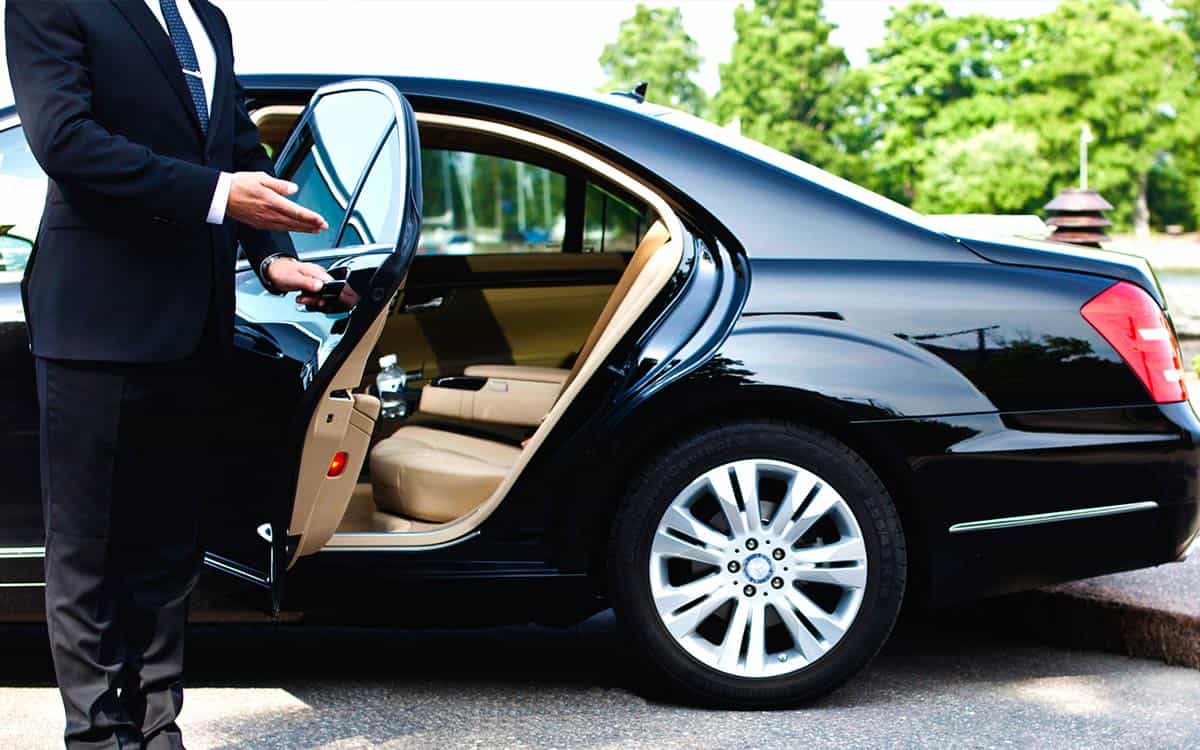 When you are traveling with family or after a long trip and you don’t want any hassles or complications, this is perhaps the most comfortable way to get from the airport to the center of Barcelona. When booking a Barcelona airport transfer service, a driver will be waiting for you in the arrivals area holding a sign with your name on it. There are vehicles from 3 to 14 seats, being an optimal service for groups.

Pricing starts from €37 per vehicle and you can rent it online. The price is very interesting since it is similar to that of a taxi, if just a little bit higher. As it is also possible to book a group service, the price becomes more and more attractive as the number of passengers increases. The prices are typically around 39 euros for 3 people, 55 euros for 7 people and 79 euros for 14 people. You can find various services online. 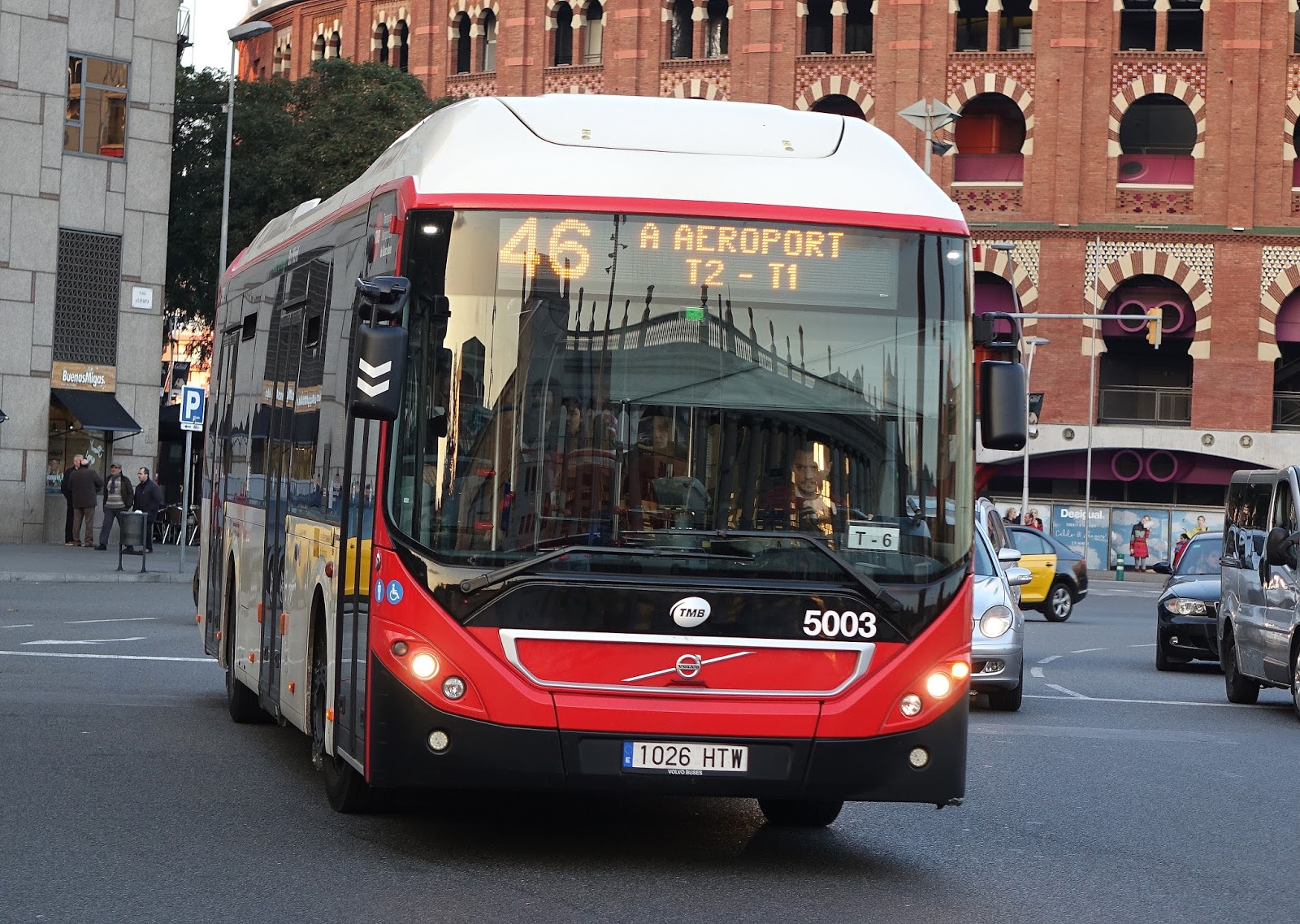 The bus 46 is a cheaper alternative to the Aerobus to get to central Barcelona. However, it doesn’t leave you at Plaça Catalunya, it leaves you at Plaça Espanya. If you have your hotel in this area it’s perfect. It has fewer journeys than other transports and stops earlier. The 46 takes between 40 and 55 minutes to make the trip depending on whether you are leaving from T1 or T2.

The advantage is its price, the single ticket costs 2.40 euros. As disadvantages, it does not reach Plaça Catalunya, it is slower because it makes more stops, it is more uncomfortable and it has less space for luggage. But if you go with time and light luggage and arrive on time to catch it, bus line 46 may be your best option to get from the airport to the center of Barcelona. 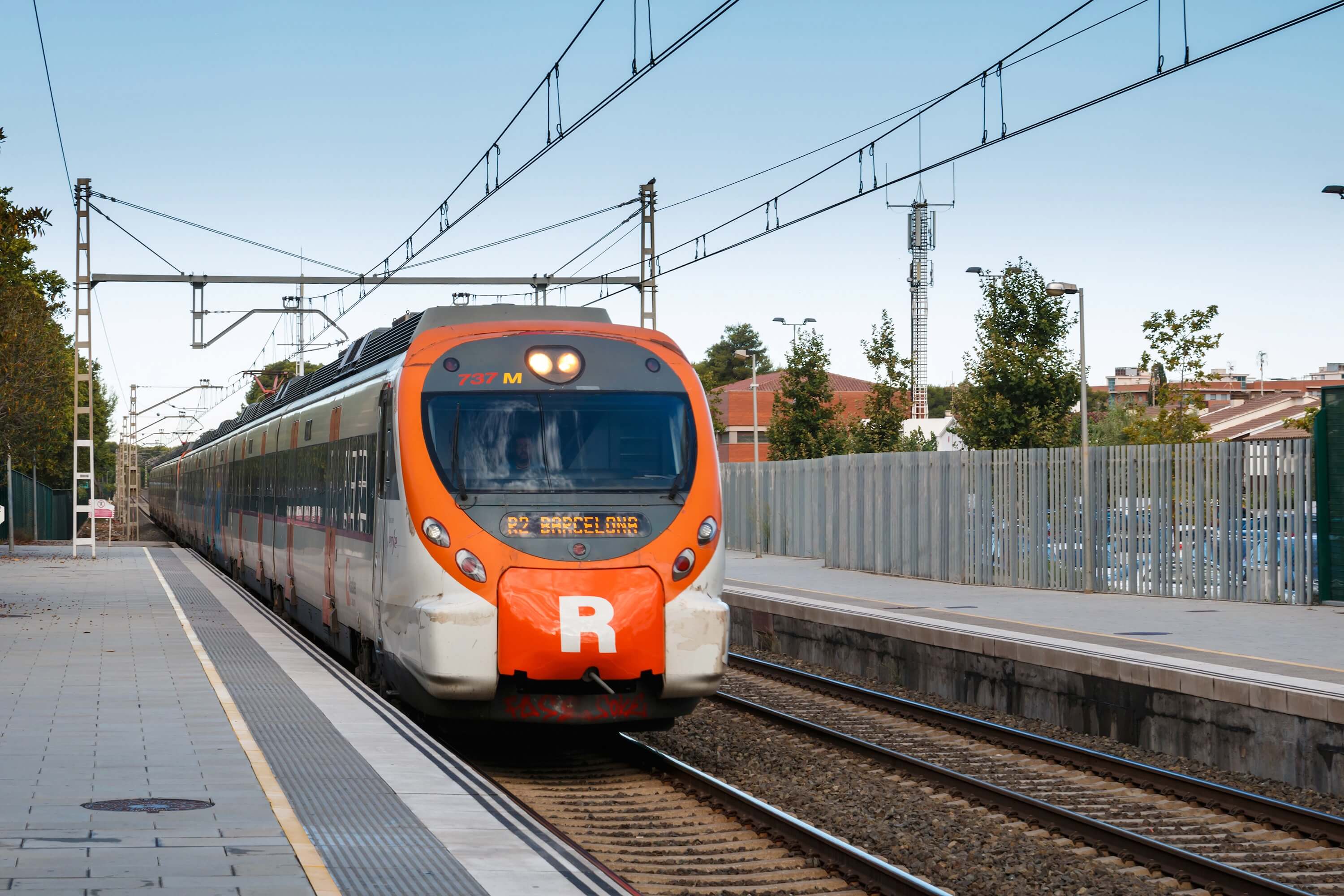 A very popular option for getting to central Barcelona from the airport. Rodalies station is connected to T2 and from there the R2 Nord Line trains depart directly to the center of Barcelona. This train stops at El Prat de Llobregat, Bellvitge, Sants Station, Passeig de Gràcia and El Clot.- Arago. The journey to Sants station is 19 minutes and to Passeig de Gràcia 26 minutes.

If you need to get to the airport at dawn or from there to the center, you have the option of using the night bus (NitBus) N17 for T1 and the N18 for T1 and T2. These buses respectively connect Plaça Catalunya to each terminal.

From 12:30 a.m. When there is no more service from the Aérobus or Line 46, you can use these night buses. They leave every 20 minutes and cover the journey between 40 and 50 minutes. The price of the Nit Bus single ticket is 2.40 euros. Being a normal bus, it has no extra space for the suitcase.

The N18 has the same frequency as the N17 but makes fewer stops, allowing you to complete the trip in 30 minutes. After-hours options for getting from the airport to central Barcelona when it’s early in the morning and there’s no other means of transport available. 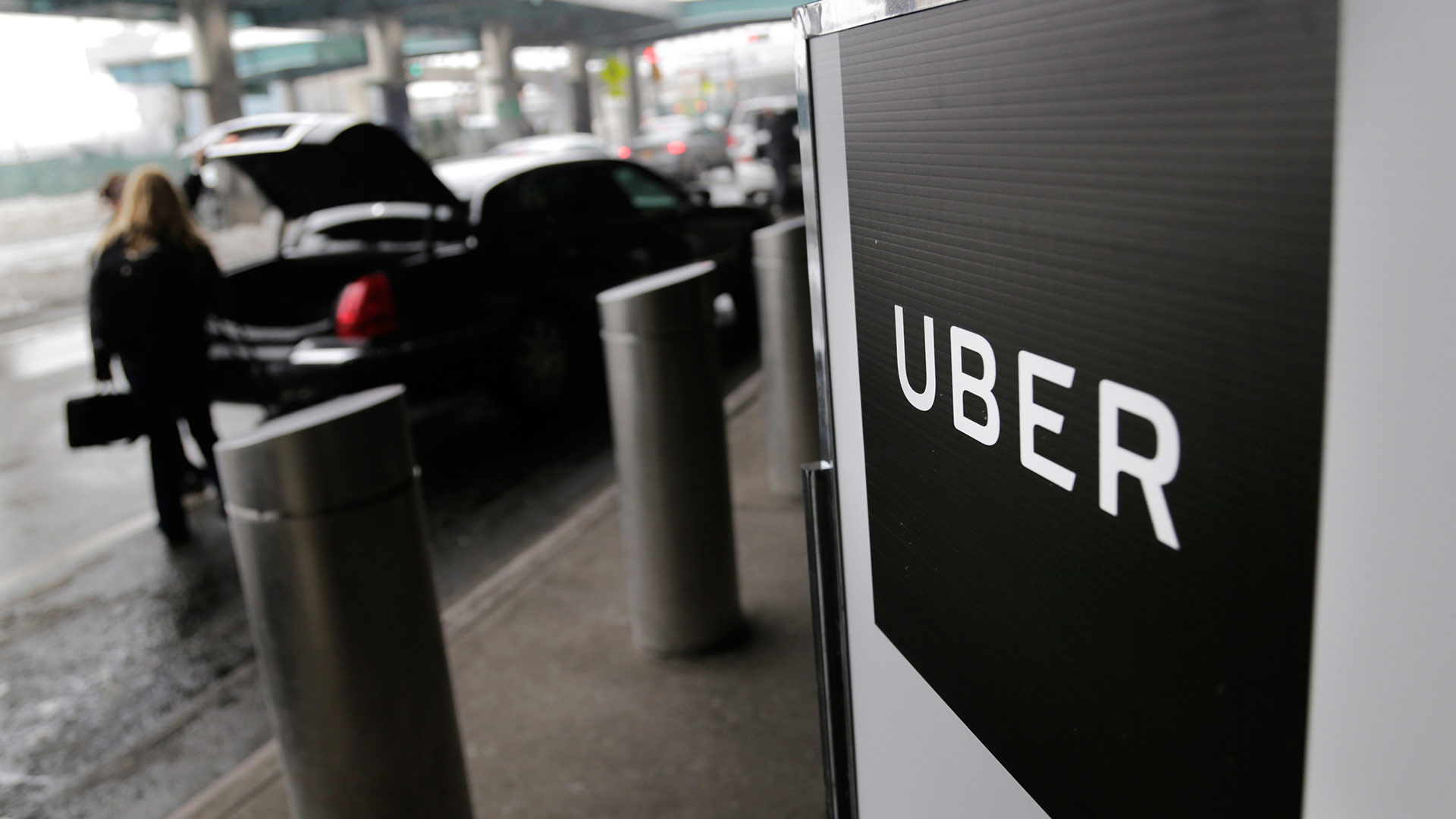 Although the use of VTCs in Barcelona was banned for a long time, they have recently become operational again and you can use apps like Uber or Cabify to get you from the airport to the center of Barcelona for a little cheaper than a taxi .

These services are wonderful, and somewhat more premium and comfortable than a standard taxi too, but considering the war that taxi drivers wage on them, you should check the current situation and even be prepared for a bit of aggro. It will cost you to get to the center between €20 and €30, and it will take about 30 minutes.

These are the options for getting to the city center from El Prat airport. We hope this information will be useful to you! Accompany your visit with a Historic eBike Tour and learn about the history of Barcelona when you arrive! 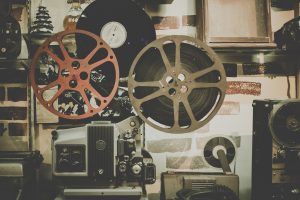 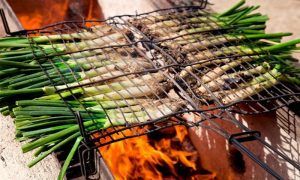