The Born Cultural and Memorial Center of Barcelona, El Born CCM, is a place for history and reflection. Located in the old building of El Mercat del Born, on the promenade of El Born , in the Ribera neighborhood, and inaugurated in 1876, it becomes a space for local, national and collective memory; It is a cultural site considered unique throughout Europe.

Today we want you to know better this place and what you will find here. Inside, you can see an impressive archaeological site, with the houses that were in this area of the neighborhood of La Ribera and that were demolished to build the Citadel; You will also remember the events of the Civil War and the site of 1714, and you will enter a unique cultural environment in which there is room for extensive musical, theatrical and literary programming.

One of the most exciting areas of The Born CCM is the archaeological site that allows you to enter in the daily life of Barcelona in the 17th century and the beginning of the 18th century.

It is a unique archaeological space for its conservation and its dimensions, and also for the history that it tells us and the documentation that is available.

What to see in the archaeological site of El Born CCM

In this archaeological site of El Born Cultural and Memorial Center of Barcelona, it is possible to see part of the 42 streets that were demolished to raise the Citadel of Barcelona. There are remains of 60 houses, and it is possible to observe three differentiated areas that allow you to discover how complex the social and urban fabric of this area of the city was.

Also, one of the most important pieces of this site is the Rec Comtal, one of the essential hydraulic structures of the city that perfectly defines the urbanism of this area of Barcelona.

Also, archaeological materials that date from Roman times to the beginning of the 18th century were recovered. They are mainly ceramic materials, but others have also been documented as objects of copper, iron, bronze, crystals, stone, bones, wood and even some clothes.

The streets, houses, and squares that live in the subsoil of this old market cover an area of 8,000 square meters, but the surface that was demolished to build the Citadel and the esplanade was almost 300,000 square meters.

You can see the site from the ground floor or enter more closely through guided tours.

The building of El Born CCM of Barcelona

The building of the El Born Cultural and Memorial Center of Barcelona has maintained the structure of the old namesake market, which was built in 1876 and is the work of Josep Fontserè.

The market of El Born was the first building of the iron architecture of Barcelona and was erected as an icon of the neighborhood movement.

The transformation of the market into a cultural center

El Born market closed its doors in 1971, and in 1975 a contest was held to outline what would be the future market. The building was restored in 1979 and in 1994 the first archaeological interventions began. The cultural center project originated in 2003, and the inauguration took place in 2013.

Now, it is a cultural space that approaches you to the heritage of the city at the same time that it offers the possibility of visiting exhibitions and being part of the cultural activities of all kinds.

The spaces for exhibitions

The Born Cultural and Memorial Center of Barcelona has a public space with two exhibition halls, an area for smaller exhibitions, two multi-purpose rooms, an area dedicated to gastronomy and a bookstore-shop.

The cultural center is open from March to September from 10:00 am to 8:00 pm from Tuesday to Sunday and also on holidays. Between October and February, it opens from Tuesday to Saturday from 10 a.m. to 7 p.m., and on Sundays and holidays, it extends its closing one extra hour.

In these hours it is possible to access for free; the doors of the Commercial Plaza and Commercial Street are open. To see the exhibitions or the archeological site, you need to buy a ticket.

What else can you see in the El Born Cultural and Memorial Center of Barcelona?

In addition to the archaeological site, the Born CCM hosts a permanent exhibition on the Barcelona of 1700 that allows you to know about the locals’ life through the documentation found and the remains of the houses that were in this area of the city.

The exhibition is composed of approximately 1,800 objects that were found during the archaeological intervention, which show you what the days of the inhabitants of Barcelona were like.

Besides, the Born Cultural and Memorial Center of Barcelona has an extensive program of activities related to art: lectures, concerts, conferences and all kinds of events that make this place a dynamic, cultural and reflective venue. 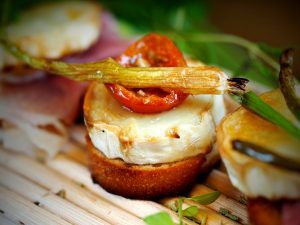 The best tapas restaurants in Barcelona: Where to eat delicious tapas 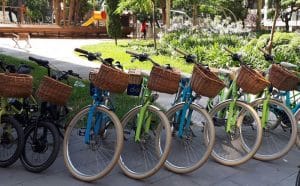 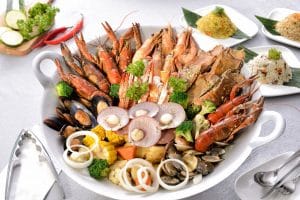